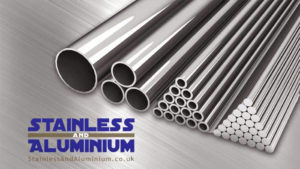 Aluminium T-6 6082 Alloy: is a medium strength aluminium alloy that provides amzing corrosion resistance and is commonly used for application jobs that require light to medium strength. Aluminium 6082 is the strongest of the 6000 series alloys.
Aluminium t-6 6082 aluminium alloys bring together great rust resistance and strength after many different types of heat treatments. It also remains strong and rust resistance after form and welding. Aluminium 6082 is the most common heat treated alloy plate from stock. In plate form, 6082 is the alloy most commonly used for machining.

It can be found in a number of construction and building projects such as Trusses, bridges, Cranes, high quality ore skips. It is also found in highly stressed applications like beer barrels, milk churns and has a huge range of transport applications.

Aluminium alloy 6082 is a medium strength alloy with excellent corrosion resistance. It has the highest strength of the 6000 series alloys. Alloy 6082 is known as a structural alloy. In plate form, 6082 is the alloy most commonly used for machining. As a relatively new alloy, the higher strength of 6082 has seen it replace 6061 in many applications. The addition of a large amount of manganese controls the grain structure which in turn results in a stronger alloy.
It is difficult to produce thin walled, complicated extrusion shapes in alloy 6082. The extruded surface finish is not as smooth as other similar strength alloys in the 6000 series.
In the T6 and T651 temper, alloy 6082 machines well and produces tight coils of swarf when chip breakers are used.

Aluminium alloy 6082 also corresponds to the following standard designations and specifications but may not be a direct equivalent:

The most common tempers for 6082 aluminium are:

This site uses Akismet to reduce spam. Learn how your comment data is processed.

This website uses cookies to improve your experience while you navigate through the website. Out of these, the cookies that are categorized as necessary are stored on your browser as they are essential for the working of basic functionalities of the website. We also use third-party cookies that help us analyze and understand how you use this website. These cookies will be stored in your browser only with your consent. You also have the option to opt-out of these cookies. But opting out of some of these cookies may affect your browsing experience.
Necessary Always Enabled
Necessary cookies are absolutely essential for the website to function properly. This category only includes cookies that ensures basic functionalities and security features of the website. These cookies do not store any personal information.
Non-necessary
Any cookies that may not be particularly necessary for the website to function and is used specifically to collect user personal data via analytics, ads, other embedded contents are termed as non-necessary cookies. It is mandatory to procure user consent prior to running these cookies on your website.
SAVE & ACCEPT